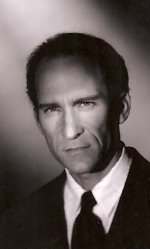 Arthouse Film Festival was founded by Chuck Rose in 1990. Since then, Rose has curated and staged 2,018 movie premieres, interviewing 1,234 actors and filmmakers from all over the world.  His film festivals and symposia have been sponsored by Universal Pictures, Paramount Pictures, the Screen Actors Guild Foundation, Rutgers University, Kean University, Caldwell College and more than a dozen other film industry, academic and arts organizations.

Inspiration for Arthouse Film Festival grew out of Rose's experiences at the University of Southern California where Professor Arthur Knight screened a variety of not-yet-released movies followed by discussions with actors and filmmakers.  Specifically, the seed was planted after an evening when Professor Knight's surprise guest was Alfred Hitchcock.  Rose remembers, "Everything changed after that.  Just being in the room with Hitchcock was life altering.  His simple, yet brilliant explanations of technique, and his droll, but hilarious anecdotes about directing Ingrid Bergman, Cary Grant, Grace Kelly and the rest, thrilled and motivated a pack of know-it-all film students.  Hitchcock and Knight had more than a glass of wine with dinner, so the gloves were off, and no one was spared."

Spending time on both coasts, Rose has authored twenty-nine screenplays, directed Vietnam Vets starring Danny Aiello, worked in the story department at Orion Pictures, served as a Contributing Editor at Movies USA and written feature articles on the film industry for The Hollywood Reporter.

He has held faculty positions at Seton Hall University, Adelphi University and The New School for Social Research where he developed a program in Film Script Analysis adopted by executives at HBO, ABC and many independent production companies.

Rose is an alumnus of the Warner Bros. Writers Workshop, and holds a Master of Arts in Cinema History, Criticism and Aesthetics from the University of Southern California and a Bachelor of Fine Arts in Film Production from New York University.

Powered by Zumu Software
Do more with your website.
www.zumu.com